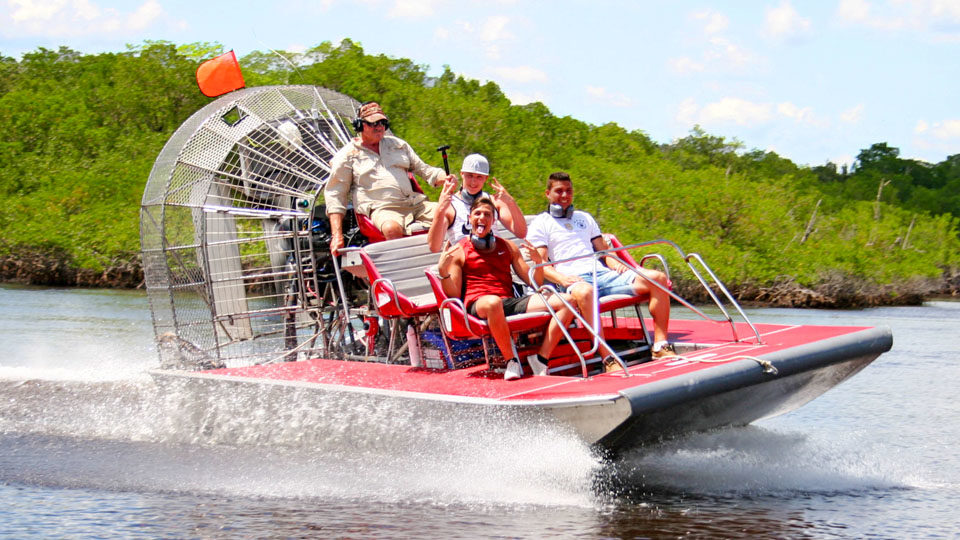 You’re excited to take your tour of the Everglades, but you’re wondering what, exactly, is an airboat?

Let’s start with a little airboat history. The very first airboat to be registered in America was right here in Florida in the 1920s. Airboats were initially used as means of navigating shallow waters, like those in the Florida Everglades, so that people could fish and hunt.

In places like the Florida Everglades, airboats are the best way to travel on water because the water is too shallow for a standard submerged propeller engine. Airboats are different in that they have a flat bottom and move with the help of a large, caged propeller on the back of the boat.

Eventually airboats became a large part of the tourism business, especially in the Florida Everglades.

At Captain Jack’s, riding an airboat is an exciting way to see the Everglades with your family or friends! You can take an airboat tour through mangrove tunnels and continue on to the grasslands if you like.